Benazir Bhutto’s father, former Prime Minister Zulfikar Ali Bhutto, was removed from office following a military coup in 1977 led by the then chief of army General Muhammad Zia-ul-Haq, who imposed martial law but promised to hold elections within three months. Nevertheless, instead of fulfilling the promise of holding general elections, General Zia charged Mr. Bhutto with conspiring to murder the father of dissident politician Ahmed Raza Kasuri. Mr. Zulfikar Ali Bhutto was sentenced to death by the martial law court.

Despite the accusation being “widely doubted by the public”,[14] and many clemency appeals from foreign leaders, Zulfikar Ali Bhutto was hanged on April 4, 1979. Appeals for clemency were dismissed by acting President General Zia. Benazir Bhutto and her mother were held in a “police camp” until the end of May, after the execution.[15]

In 1985, Benazir Bhutto’s brother Shahnawaz was killed under suspicious circumstances in France. Later in 1996 the killing of her other brother, Mir Murtaza, contributed to destabilizing her second term as Prime Minister. . 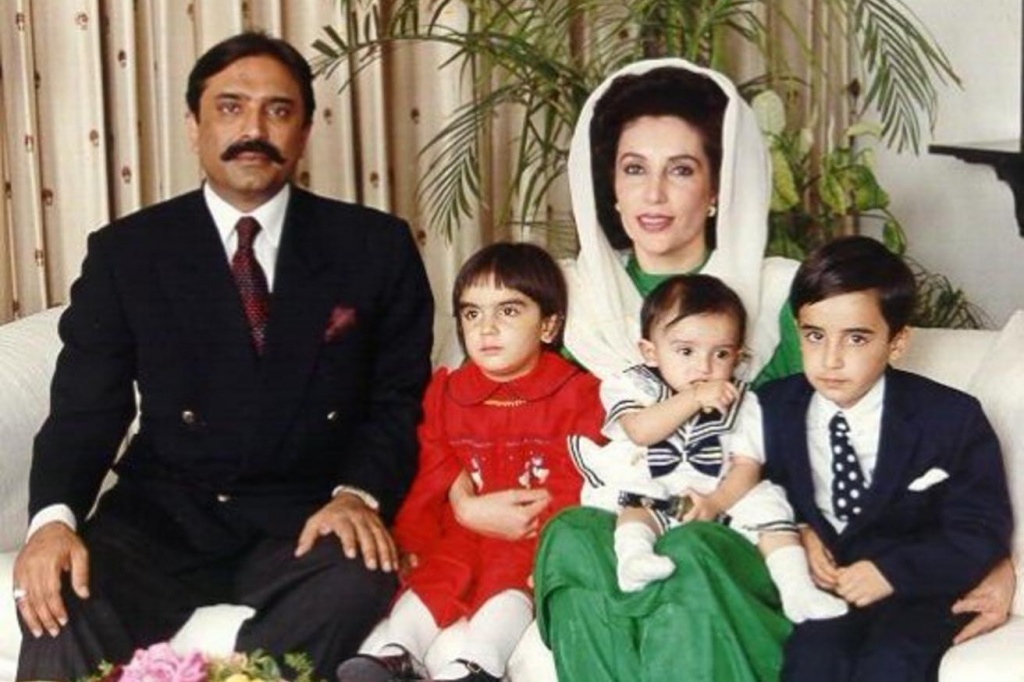