Mohtarma Benazir Bhutto was a Pakistani politician who chaired the Pakistan Peoples Party (PPP), a centre-left political party in Pakistan. Bhutto was the first woman elected to lead a Muslim state, having twice been Prime Minister of Pakistan (1988–1990 & 1993-1996). She was Pakistan’s first and to date only female prime minister. Noted for her charismatic authority and political astuteness, Benazir Bhutto drove initiatives for Pakistan’s economy and national security…

13 Years On: The lives Benazir left behind

On the anniversary of that terrible afternoon of December 27 in Pakistan, when one minute Benazir Bhutto, 54, was waving to crowds after an election rally and the next she was lying slumped on the floor of her vehicle, her widower and children went to give blood, as they vow to do every year.At the family home in Dubai, where she lived in exile, Benazir’s bedroom is locked.

Benazir Bhutto was the first lady to rule any muslim country in this world. She was also one of the most influencial leaders of south asia.

Later that year she returned to Pakistan where her father, Zulfikar Ali Bhutto, had been elected prime minister, but days after her arrival, the military seized power and her father was imprisoned. 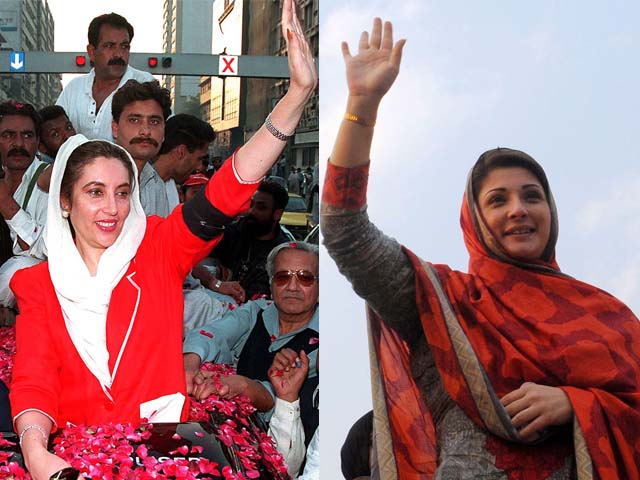 Mohtarma Benazir Bhutto is the author of two books “Foreign Policy in Perspective” (1978) and her autobiography, “Daughter of the East” (1989 and revised edition 2007).Several collections of her speeches and works have been compiled which include “The Way Out”, Pakistan Foreign Policy, Challenges and Responses in the Post-Cold War era in “After the Cold War” by Keith Philip Lepor and Male Domination of Women offends her Islamic religion in “Lend Me Your ears: Great Speeches in History” by William Saffire. The most recent being “The Way Out” (1980).

She has also contributed to many periodicals and to the books, “Predictions for the Next Millenium” by Kristof and Nickerson and “Book of Hopes and Dreams” published by Bookmaster Inc.

Her assassination shocked the world and threatens to destabilise an entire region. Rageh Omaar, who last month spent two days with the former leader of Pakistan in her home town, assesses what her death means for the future of her country, and the war on terror Of all the ironies in Benazir Bhutto’s turbulent and controversial political life, the fact that she met a violent death in Rawalpindi is one of the most bitter. This small garrison city, barely a half hour’s drive from Islamabad, has none of the capital’s grandeur – the gleaming, purpose-built ministries, diplomatic enclaves or official buildings. Yet Rawalpindi, not Islamabad, is the place from which this nuclear-armed state is effectively governed and controlled.